Posted by ME Luka on Oct 24, 2012 in art, creative industry, funding, miscellaneous 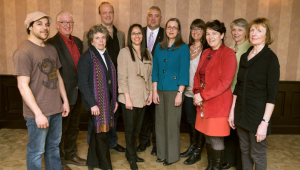 Arts Nova Scotia. The brand-new governing body for artist and arts-organization funding in the province of Nova Scotia. Or: what I did on my summer vacation.

ANS was created by legislation over the winter of 2011-12, and was appointed and met for the first time in March of 2012. Since then, we have had five meetings, with a ton of governance, strategic planning, program analysis, and just plain old learning the ropes about a hybrid model that hasn’t been truly tested but certainly will be. More practically, in May, we developed the job description for the soon-to-be-hired staff Director, who will oversee the work of the already-in-place program officers. The job ad is out now and applications are due on November 20, 2012. 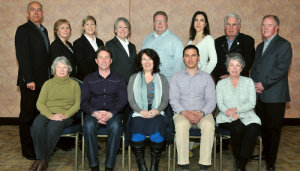 As for Creative Nova Scotia Leadership Council, this august body of cultural leaders has also been nose-to-the-grindstone. I’ve been to four Council meetings since April, and a number of committee meetings.  This smart and engaged group of creative sector leaders has been rethinking CNSLC mandates and strategic priorities over the last couple of months. There has been a lot of work and discussion about what it could really mean for Nova Scotians to embrace Canada’s cultural ecology, the creative economy and a truly strategic and practical way forward for creative workers in Nova Scotia.

Altogether, a potent combination of pretty selfless volunteering aiming to be a pathway into the government for the culture sector, and to be a voice articulating some of the concerns and incredibly inventive visions that Nova Scotian creative workers carry.  Can’t wait until we really get going.