Posted by ME Luka on Apr 1, 2016 in art, miscellaneous, scholarly

In the last couple of months, I’ve been working with some of the other people who had been studying for their doctorate at the same time as me. We are working on a collaborative piece that talks about how we supported each other through what was a significant transformation in all our lives. What follows below is an excerpt from that work-in-progress. 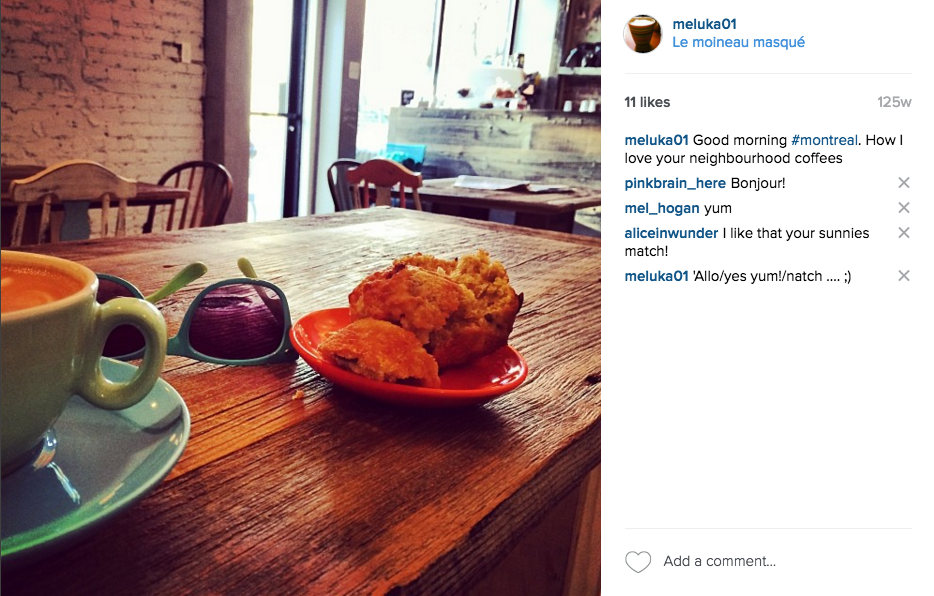 In between the virtual and actual visits to the doctoral study group, it was the everyday images on Instagram that gave me an almost daily grounding in the adventures of the whole group. I don’t mean to make this more than what it was: it was visual, it was daily, and it was mostly just ordinary. Sure, there were lots of highlights — and we made the effort to celebrate the magic moments online as well as in person. But there were also lots of food pics, coffees on #writingday(s), seasons changing, snowstorms, and date nights. 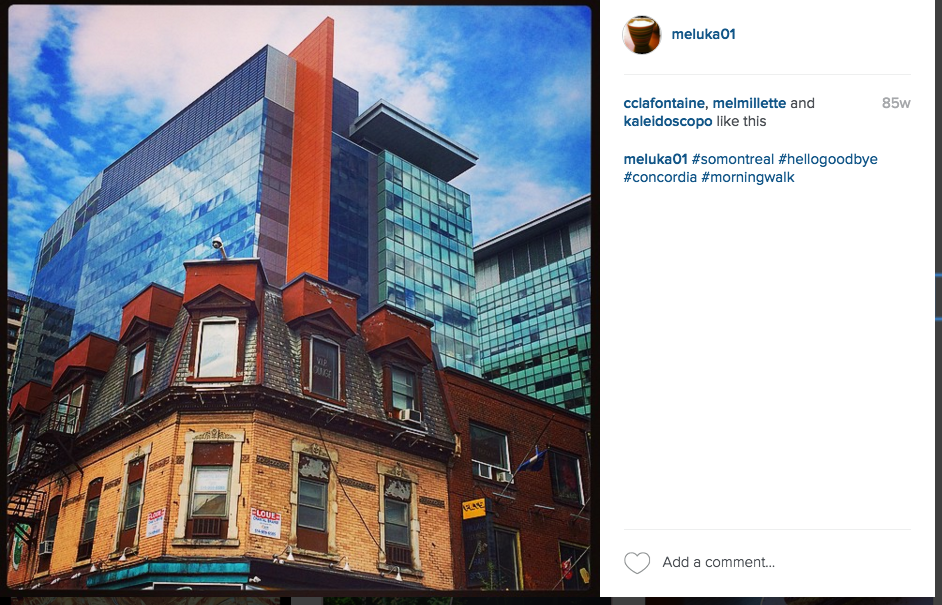 It was the day-to-dayness of the connection, and the fact that I could see things through their eyes as well as my own that really worked about what was, in the end, merely the vibrations of digital threads that wove me into lives other than my own during an intoxicating and challenging phase. Lev Manovich and other research-creation icons of the digital data world are just beginning to unpack the highly localized, personalized, connected ways in which social softwares such as Instagram has been (was) used in its early years (founded in 2010). Manovich notes:

Generalizing the results of … large scale qualitative studies that looked at over fifteen million Instagram images shared during 2012-2015 in sixteen global cities, and taking into account findings from a number of studies from other labs, we believe that at least during that period the majority of Instagram publically shared images show moments in the ordinary lives of hundreds of millions of people using the network globally…as opposed to…coming from celebrities, Instagram stars, or companies (2016, 2).

There’s something extremely powerful and also overwhelming about the thought of a community of millions of people ‘drawing pictures of the world’ together by sharing photographs and images in the moment. On the Ides of March, 2016, Instagram announced a major shift in gears: to transform from the chronological to the popular algorithm (à la Facebook, Twitter, etc.), in which it will prioritize its feed of images according to likes rather than moment-by-moment, to the dismay of several of its fans. Et tu, Brute-gram? What shall I do for that sense of connection now? 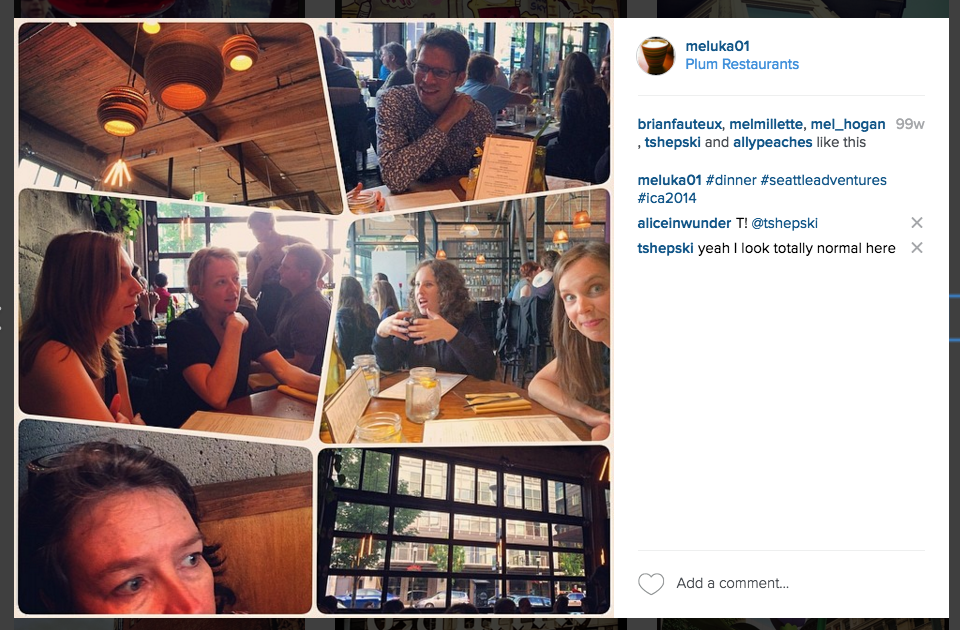 Not everyone has been as lucky in their post-secondary pursuits as the #lovecohort that I was lucky to be a part of, nor do many people earn or have handed to them the privilege of undertaking doctoral studies (!) Indeed, some of us in the extended #lovecohort have been so baffled by the predominance of the tone of sheer desperation in the academic field that we conducted roundtables at conferences, talked about it at cohort meetings, and analysed publications to understand its source and how it can be ameliorated (Luka et al, 2016). Doctorates or not, all of us go through huge life transformations, and finding or creating our own cohorts is crucial to the ease and success of any such process. There’s plenty of other aspirational and affirmative scholarship that is emerging in this arena of enquiry – including exhortations to consider how to enact slow scholarship (Mountz et al 2015). Slow scholarship is a thoughtful approach to living that extends well beyond the scholarly endeavour, and like the slow food movement, gives us time to savour what we do, and why we do it. What’s not to like about that?