Posted by ME Luka on Mar 26, 2012 in art, creative industry, funding, miscellaneous

Some days, I realize it’s incredibly important to narrow the focus of all the energy and stimulation created by a deeply active volunteer roster (some of my current volunteering!), and figure out what the paid work of each week will be. 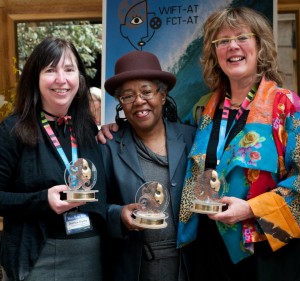 But just before I buckled down to the work at hand in the last couple of weeks, I attended what turned out to be a terrific blend of fun, volunteering and work at the recent Women Making Waves conference on March 9-11, presented by WIFT-AT. Several of the gloriously talented women who work in media production in the Atlantic were there, and a select number were nominated for the 2012 WIFT-AT Wave Awards. Three won. Smart selection committee. Oh wait, that was 25% me! 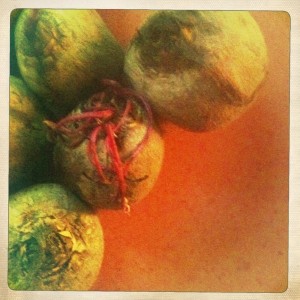 For myself, these past few weeks have been focused on creativity and crowdfunding.  Creative and practical writing work has included finishing an article about crowdfunding, drawing up interview transcripts and keeping up with my creative writing assignments. Happily, I’ve also been keeping company with creativity through an almost-daily photo practice. Bliss. 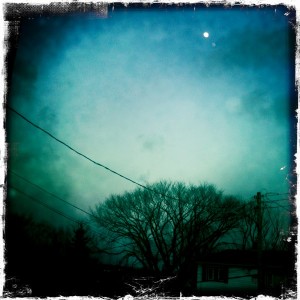 Halifax – moon in the sky

Amazingly, this week also signals the halfway mark of my settling-in to Halifax for eight weeks. No more travel (at least, not for work or school) ’til conference season really gets underway in April. And I continue to achieve things in these eight weeks: my list is a mile long, but the top three are clear to me, while the rest radiates out from there. 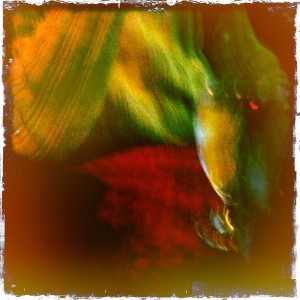 And so my mind turns to mapping networks near and far. Which helps explain why I have been so drawn to spending time on the research I’ve been doing on crowdfunding over the last year or so.

Metrics from crowdfunding websites Kickstarter and Indie-go-go, as well as literally dozens of other, smaller operations, mask the degree to which the strategy for success for crowdfunding in cultural media production depends on cultivating a healthy personal network, preferably one to two degrees of separation away. These include crowdtilt.com, which will let you crowdfund your wedding, or the Canadian site, IdeaVibes, which ambitiously combines efforts in innovation (see also IDEO‘s non-profit design work), crowdsourcing (think Wikipedia) and crowdfunding. In my research, interviewees Leone Stars – Mattru Media; Better Living Through Chemistry – Concepta Films; First Weekend Club (through their Video-on-Demand project) and others have all experienced quick and effective take-up of their smart and well-planned ideas. 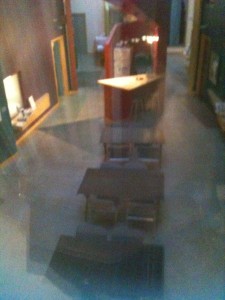 View from the meeting room, at the shared space of the Cultural Federations of Nova Scotia

Recent legislative efforts in the U.S. (also hovering as a possibility in Canada)  suggest that there is real interest in crowdfunding as a potential minor note in business investment and development. One real interest to me is how crowdfunding’s beginnings in charitable, arts and cultural work seems to be leading to a gentrification of the investment strategies neighbourhood: first the artists, then the start-up investors, and then the big corporations. Hmm, lots to digest there. More on that later.

But road trips, ah, that is another matter. More on that now. 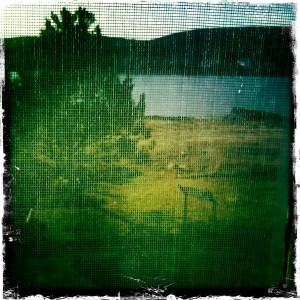 Annapolis Royal – view of the harbour 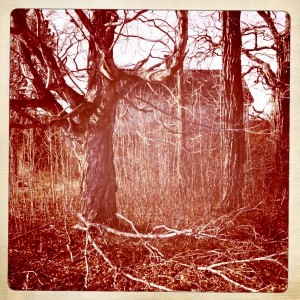 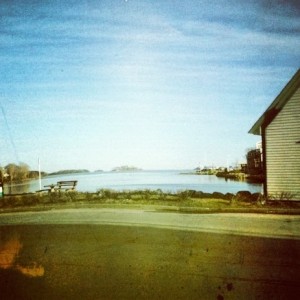 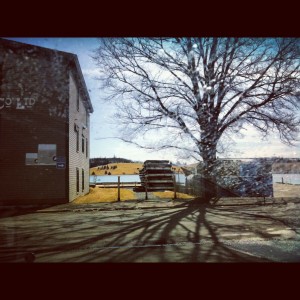 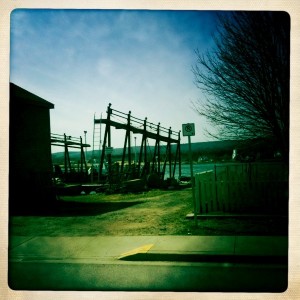 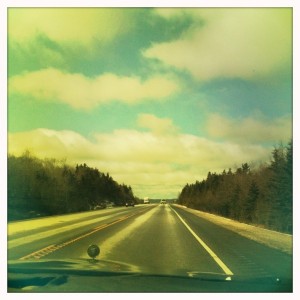 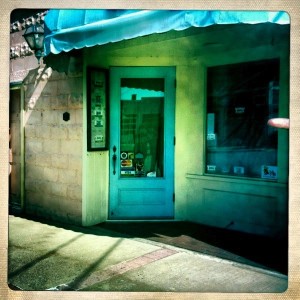 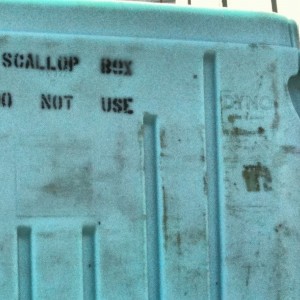