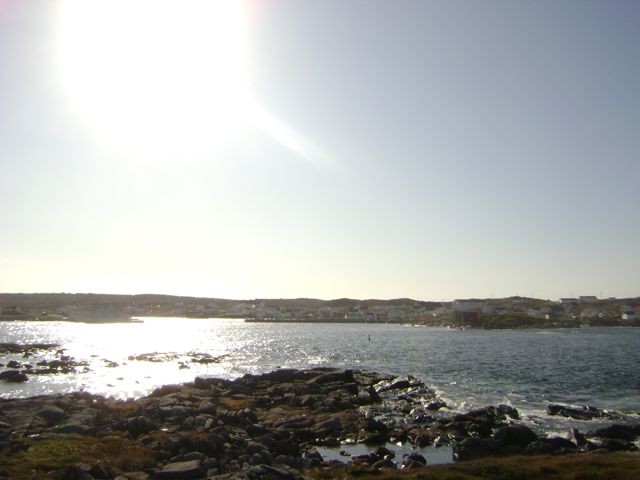 Creative citizenship: a proposal for research

By creative citizenship, I mean to suggest a focus on the dynamics among particular groups of individuals involved in innovative media production, particularly the artists/producers in relation to curator/programmers, technical crew, and narrow-cast defined (or tightly focused) cultural audiences. Generally, I am preoccupied with exploring and documenting how participatory processes of media production can foster specific kinds of citizenship in the creative context. More particularly, within Artspots, I will examine production practices including the consultative processes included in the identification and selection of artists and subjects; the collaborative nature of the work within CBC and with the artists; the aesthetic approaches; and/or how/where/why the content was distributed.

That is, cultural production practices + aesthetics.

I am interested in understanding how such processes can generatively entangle creators and broadcasters with each other and with specific citizen-creator and curatorial groups, through new creative strategies embedded in the promise of collaborative media production. Grappling with how creative individuals and groups or communities intersect with art, broadcast and media systems will probe the meaning of creativity today in these environments and may indicate whether or not involvement in cultural production can provide a foundation for a dynamic form of citizenship through the creation of media content.

The social as cultural? The cultural as social? Both?

The emphasis on the active, dialogic involvement between producers and particular audiences in the construction of meaning for television production is a helpful place to start a discussion of creative work and citizenship. Did particular practices of creative citizenship emerge during the late 20th century via multi-platform projects like Artspots, and if so, how and why did they work? As a popular culture and specifically public broadcasting production practice for the artists, producers, broadcaster, and advisory groups involved, a definite form of collaborative creation was developed, emerging from a long history of public service in and through the arts in Canada. More than 1,500 artists, creators and cultural leaders were actively involved in the Artspots processes. Can creative citizenship be useful to explain these collaborative expressions? What kinds of innovative visual content creation emerge in this context, if any? Do these address identities or social relations, and if so, how, and why? Do such cultural expressions generate an accessible forum for sharing values, concerns and ideas, and if so, how? These preliminary questions indicate that I am interested in the complex configuration of how and why social relations, identity, cultural production and creative expression could be constitutive of creative citizenship. That is to say, I am interested in how and when ground- breaking creation takes place, what is meant by that, and who is and is not involved.

Problematizing cultural media production in Canada through CBC Artspots by using creative citizenship is a fruitful route to investigate the role of the artist/producer, the tensions present at the intersection of the arts and broadcasting, and the collaborative creativity possible in cultural media production. It also implies the potential for increasing the dialogue between professional and scholarly spheres about these areas, creating original knowledge within the scholarly domain of communication. This doctoral research is intended to contribute to a deeper understanding of popular culture, citizenship, and creativity in Canada by enumerating specific potential outcomes related to collaborative cultural production in digital and broadcast media, including creative labour, creative practices, and expressions of cultural identity in cultural media production.

The research project will incorporate a thorough investigation of practices of citizenship related to cultural production as a first step towards elaborating the notion of creative citizenship in the Artspots context. To generate knowledge about collaborative media production at Artspots during the period 1998-2008 in Canada, it is helpful to conceptually remap citizenship on to creativity practices at Artspots, including artist identification and selection, and production and presentation processes. Within this context, it will be possible to analyse the interaction between the artist networks involved and the media industry without instrumentalizing this as a simple economic exchange or limiting it to structural implications. A close analysis of the role of the agency of the artist-producer articulated to creativity and citizenship provide me with a dynamic lens to interrogate this rich set of interactions without limiting this to an argument based only in the creative industries or theories of cultural economy.